Analyse Different Ways In Which You Would Establish Ground Rules With Your Learners, Which Underpin Behaviour And Respect For Others.

Ground rules are useful in managing a supportive learning environment and they will add value to the learning process. Having a strategy in place can help you establish the right set of rules for your learning atmosphere. Use this essay as a guide to writing your own.

For a constructive and safe learning environment, learners must abide by ground rules to govern an effective exchange and construction of knowledge. Common ground rules, which ensure learning without disruption by members of the group, are: arrive on time, switch off mobile phones and be courteous to other learners.

While it is the teacher’s role to ensure that ground rules would be adopted, (Gravells, 2008) states that ground rules must be agreed by the learners and must be made clear early on in the course to help everyone know their limits. On his first class session, (Brandon, 2006) usually lists the ground rules suggested by his learning parents on a flip chart or chalk board so that they are more understood. He also claims the importance of getting to know each other by names from the first day.

Different sets of rules may lead to different types of group atmospheres; e.g. respectful, honest, open, trusting, tolerant, and creative. This must be considered when deciding rules together with the type of learners; e.g. their age, abilities, values, and expectations (Gravells, 2008).

Brookfield and Preskill (1999) also suggest generating rules through asking the participants to think about the best and the worst group discussions in which they have been involved. I certainly agree with their method which assumes that the suggestions made by the group lead to identifying certain characteristics through which we can derive vital ground rules.

Once a student enrols, he/she agrees to be bound by a student contract which sets out the ground rules of the training institution. The rules can be listed, in order of importance, in a poster which acts as a Ground Rules Chart. The poster should be placed so that it is always visible to the group (www.kcdrc.org). Some writers also suggest that the learners should design the final poster.

Ground rules can also be discussed and agreed verbally or informally, which is fair since research suggest formal ground rules may only be needed in a big group or when conflicts emerge.

While ground rules are used widely when working in groups such as in meetings and conferences, they are particularly useful in managing supportive learning environments and they can add value to the learning process. Whether they are set by the teacher or the learners, ground rules should be reviewed and updated when new members join. Most important, before deciding the rules, the first step is to think about what learning atmosphere the group is aiming for; this will help in formulating a strategy for establishing the right set of rules for the group.

Get the book that helped me earn PTLLS certification
You won't find it cheaper anywhere than Amazon. 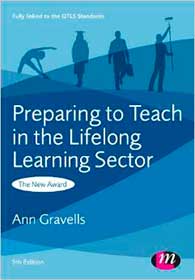 Yousif Kisha, a Drupal Developer, runs his own web design business, a former trainer in management and leadership.

Scroll to the top